Chin Na has taken a firm hold as a leading Chinese martial arts system ever since its emergence approximately 400 years ago during the Ming Dynasty. Chin Na is rooted in ancient wrestling and Tien’hsueh (attacking vital points), but can be traced back to the very beginnings of martial arts, when the first person was grabbed by another person and had to get away. Chin Na evolved in the early 1600s when government officials sought more restrained methods to subdue criminals without necessarily killing them. Chin Na was devised as a system of capturing and detaining. (Chin means “to capture”, Na means “to hold”). As refinements were developed in the subsequent Ch’ing Dynasty (A.D. 1644-1911), Chin Na became part of the basic training program for Chinese military personnel as well as policemen. Emphasizing seizing, twisting, and locking of the joints, Chin Na also employs short kicking, punching and striking techniques similar to those of many other styles of Kung Fu. The essential difference is that Chin Na does not have prescribed performance sets or long forms of movement to memorize and practice like most Chinese systems 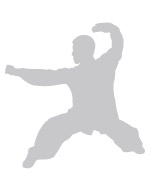