Northern Shaolin Kung Fu is part of the Shaolin Long Fist (Chang Chuan) family. Chang Chuan is considered to be the original Kung Fu system dating back thousands of years, and the most widely practiced system in China today. It is one of the five major systems developed in Northern China. They include Wa, Cha, Fa, Pao, and Hung or Shaolin. The School of Shaolin teaches the traditional Northern Shaolin System in its entirety. Northern Shaolin utilizes all conceivable ways of using one’s hands, feet and body movement. This system, known for its high kicks and swift footwork, specializes in long-range fighting techniques. The hand techniques are executed with quick tension and short focusing time that allows for fast, flowing movement and quick changes. More than other systems, emphasis is placed on agility, general flexibility, stamina, speed and aesthetics. The Shaolin practitioner is known for acrobatic, but devastating kicks. Classical form is very important to the Northern Shaolin system, arising form the belief that perfection of form will give you greater coordination and a freer execution of techniques.

At the School of Shaolin the Northern Shaolin curriculum includes many hand, weapon, and sparring sets. 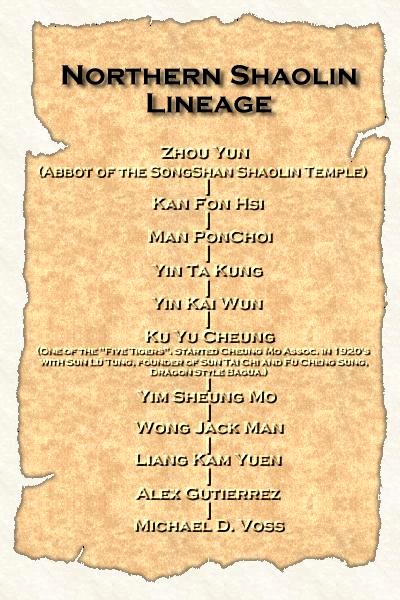